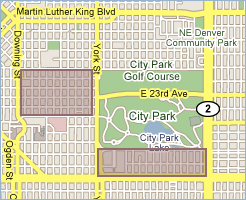 The City Park Denver neighborhood is located north of Congress Park and east of the city center in an area identified as Denver North East.

Located a little more than a mile east of downtown, City Park Denver real estate is the welcome oasis in a concrete world. Nestled on the southern edge of its namesake, City Park, it’s bordered east-west by Colorado Boulevard and York Street, and the south by Colfax Avenue.

As a residential extension of the park, the neighborhood has everything from two-story brick Denver squares to neo-eclectic condos, single-story duplexes and craftsman-type bungalows with thick brick and stone columns.   Read More...

Being just a stone’s throw from the park makes it ideal for dog lovers, avid-runners, and those who simply love the outdoors, while an abundance of grass-lined streets, small front yards and canopy-like trees provide these shady homes with a relaxed Sunday afternoon feel.

Ed Prather Real Estate
The content relating to real estate for sale in this web site comes in part from the Internet Data eXchange ("IDX") program of METROLIST INC® Real estate listings held by brokers other than Kentwood Real Estate, City Properties are marked with the IDX Logo. This information is being provided for the consumers' personal, non-commercial use and may not be used for any other purpose. All information subject to change and should be independently verified. Click here for the full Terms of Use. 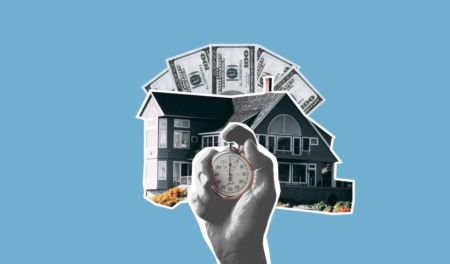 Should you buy a house now in Denver or wait?