If you are in the mood for sushi and love eating out in Denver, there seems to be an endless amount of options when it comes to Japanese restaurants. But most people know that sushi can be tricky. When it is good, it can be amazing. But when it is bad, it can be dangerous. Thankfully, a new Japanese sushi restaurant has recently opened in LoDo that will ease all anxiety about bad sushi. Blue Sushi in Denver mixes together delicious, traditional Japanese cuisine with a modern, American flare and can be argued as the best sushi place in town.

Located at the corner of ...

The Art of Buying in a Seller’s Market

The Art of Buying in a Seller’s Market 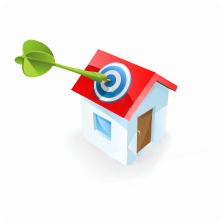 If you are currently looking to buy a home, it is hard to ignore the fact that we are currently experiencing a seller-dominated market. There are very few homes on the market and the ones that are seem to disappear overnight. Some homes receive multiple offers the day they go on the market, making this an incredibly competitive environment. For many, buying in a seller’s market can be intimidating and overwhelming, but we are here to help you to figure out how to get an offer accepted.

The first, and probably the most important, step is to get pre-approved. This will not only establish that you can, in fact, get pre-approved and show you how much you can afford, but it...

The Central Park Control Tower to Receive a Major Facelift

The Central Park Control Tower to Receive a Major Facelift

The old Central Park air traffic control tower has become a permanent feature of the neighborhood’s skyline. For decades, the tower was the heart and soul of Denver’s primary airport, but since the closing of the airport in the late 1990’s, it has sat vacant and dilapidated. But as part of the continuing Central Park development plans, the Central Park control tower will now receive a much-deserved renovation.

Stapleton’s largest developer, Forest City, announced its plans to renovate the tower in early February, finally breaking the silence over what to do with this Central Park icon. They... 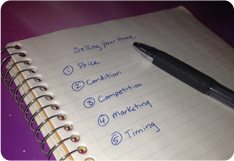 Like most people know, selling a home is not simply cut and dry. There are endless factors that go into the successful sale of a home, from the blatantly obvious price point to the lesser-known curb appeal. But in the end, there are five crucial factors affecting home sales that can either help, or destroy, a deal.

Pricing your home correctly is key. Many sellers want to price their home at what they paid for it or what they think it is worth. In reality, this could lead to months, even years, of sitting on the market and a rude awakening. In order to sell your home fast,...