"Good Things Come To Those Who Wait"

Being an Eastbridge resident myself, I can fully attest to the frustration of waiting 10 years for our Town Center. Now, this Fall, we are finally getting one and it is going to be incredible!

Construction on the Eastbridge Town Center is in full swing after the sale of the land closed in November of last year.  The area is going to be built-out in two separate spaces, restaurants and retail on the West end around a public plaza, and a new King Soopers on the East end of MLK and Havana. This layout is different than the East 29th Avenue Town Center, which was built around the public right of way of 29th Ave. The King Soopers grocery store will be modeled after their store near Leetsdale and Colorado Boulevard.  Total acreage is 6.75 acres, with 58,000 square feet planned for the King Soopers and 20,000 to 22,000 square feet for the shops.  The shops portion is just under half of what the E. 29th Avenue Town Center has.  There will also be a fire pit on the West end, with the restaurants surrounding it, and the East end will have a water feature much to the delight of all the Central Park neighborhood children.

There will be a public gathering place and fire pit on the West end with restaurants surrounding it. The East end will have a new water feature much to the delight of children throughout the neighborhood.

A characteristic that most Central Parkians enjoy is the walkability and bike-ability of our neighborhood. Let's face it, that's a big reason many of us live here. I am so excited that the Eastbridge Town Center will welcome and accommodate both. The Eastbridge Town Center is going to offer a wonderful place for Central Park residents to gather at unique places, mingle with friends, and enjoy the amazing weather Denver offers the majority of the year.

I am so excited that the East Bridge Town Center is going to feature restaurants from acclaimed restaurateur and Central Park resident Troy Guard. Troy Guard, of Guard and Grace, Tag, Bubu and Sugarmill, will have two restaurants located in the new Eastbridge Town Center. Los Chingones will open the second location which includes a roof top patio. Troy will also be opening a breakfast spot, think grilled lamb neck Benedict, Moroccan chicken hash and a farmer's market frittata!  Additional restaurants will include a coffee shop (there will also be a Starbucks in the King Soopers), an Asian focused restaurant and a lunchtime soup and sandwich place.

The great minds behind the Eastbridge Town Center are Evergreen Development and City Street Investors, who are best known for leasing and managing the amazing restaurants and shops on Larimer Square.  The overall architectural design is being handled by Scott Higa of G3 Architecture. City Street Investors had a vision on wanting to build a Town Center concept similar to their project in Lowry, called Hangar 2.  When they identified that the best site for it was the Eastbridge Town Center, they contacted Evergreen, and things went into motion from there.

City Street Investors had a vision of building a Town Center concept similar to their project in Lowry, called Hangar 2.  They identified Eastbridge as the perfect site, contacted Evergreen Development and things went into motion from there.

Stapletonians have been waiting a long time for this new town center and it's finally becoming a reality. So, let the countdown truly begin. Completion is scheduled for late Fall, 2016!

Additionally, I am so excited that the East Bridge Town Center is going to feature restaurants from Central Park resident Troy Guard. 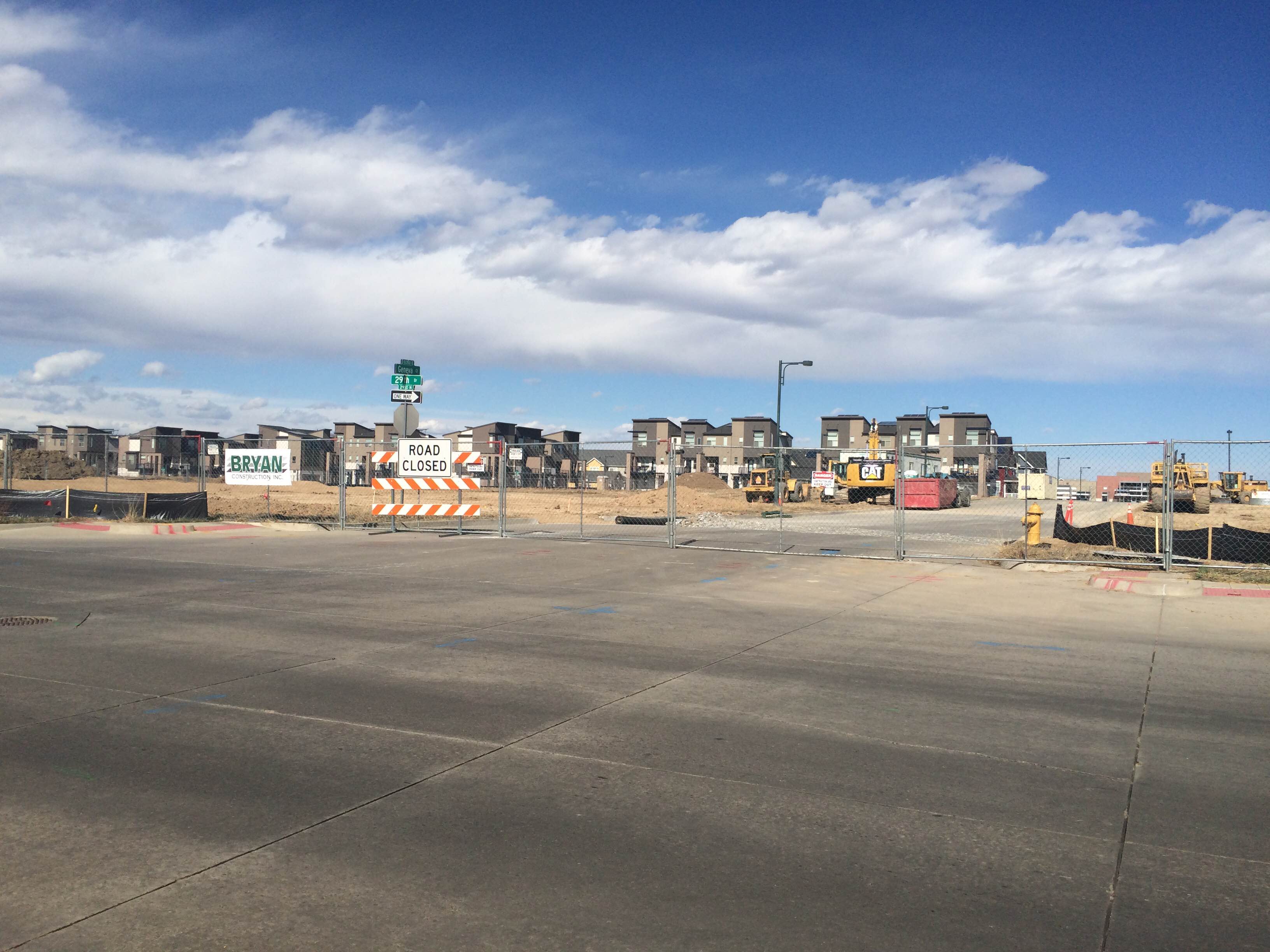 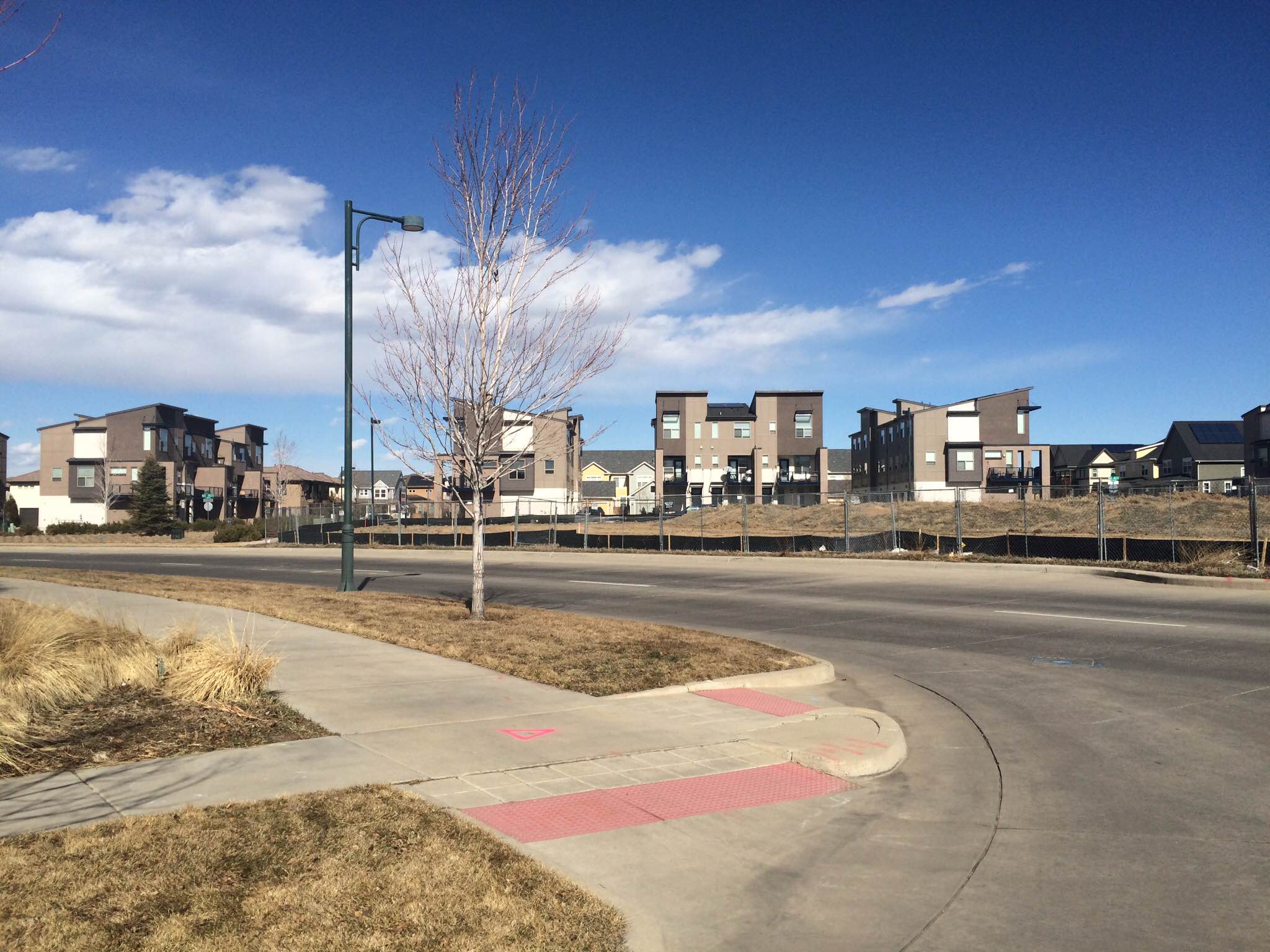 Opendoor Brokerage Llc
The content relating to real estate for sale in this web site comes in part from the Internet Data eXchange ("IDX") program of METROLIST INC® Real estate listings held by brokers other than Kentwood Real Estate, City Properties are marked with the IDX Logo. This information is being provided for the consumers' personal, non-commercial use and may not be used for any other purpose. All information subject to change and should be independently verified. Click here for the full Terms of Use.