The RiNo Neighborhood and surrounding areas are growing and changing at a very rapid pace. There are currently six North Denver Cornerstone Collaborative (NDCC) projects in various phases in and around the RiNo Neighborhood in Denver. With so much going on, here is a quick update to bring you up to speed. 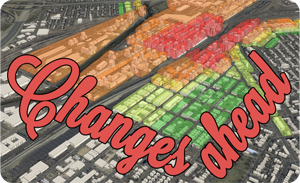 Denver's community planning and development departments are considering zoning changes to the area surrounding the 38th and Blake commuter transit stop is RiNo. The impetus for the discussion is to create higher density and promote transit-oriented development in close proximity to the transit stop.

The planning process has been centered around how the transit stop will influence the area. Specifically, how pedestrians are going to move through the area, the quality of life for residents and a desire to retain the character of the neighborhood.

Proposed zoning changes will increase the current height restrictions of, primarily 3 stories to a mix of 16, 12, 8, 5 and 3 story zones. The tallest buildings with the greatest density will be centered...

The much anticipated East Corridor rail line (A-Line) has opened. Denver's Regional Transportation District (RTD) FasTracks initiative is changing the fabric of our great city. The energy in Downtown Denver is growing, thanks in large part to a transportation plan establishing Downtown Denver's Union Station as the hub.

If you examine the growth of larger metropolitan cities like Atlanta, San Diego and Washington DC you see a pattern of the impact well planned public transit has on a city. Daniel Chatman of the University of California at Berkeley and Robert Noland of Rutgers University produced a study, they think the hidden economic value...

Neighborhood Plans for Globeville and Elyria-Swansea 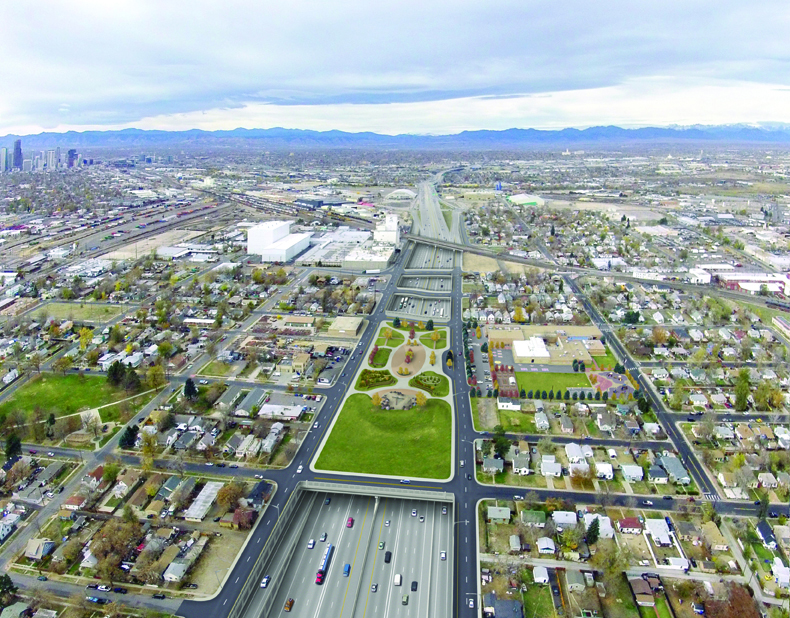 The neighborhood plans for the Globeville and Elyria-Swansea are part of 6 major redevelopment and infrastructure projects taking place in North Denver. These 6 improvement initiatives are part of Mayor Hancock’s North Denver Cornerstone Collaborative (NDCC). These projects will have a significant impact on residential real estate values in north Denver.

East I-70 Improvement | Eliminating the Viaduct

The Interstate 70 viaduct that stretches from Washington St. to Colorado Blvd. is failing and the Colorado Department of Transportation has been researching alternatives since 2006.

On March 2, 2016 the final public review period closed. CDOT has a finalized environmental impact study and preferred alternative to the existing viaduct. The finalized plan calls for I-70 to be completely overhauled from I-25 to I-225.

The purpose of this article is to focus on the viaduct section between Brighton Blvd and Colorado Blvd. This project will have a large impact on the neighborhoods along the construction corridor, thus presenting an interesting opportunity for investment.

National Western Center | Why you should care 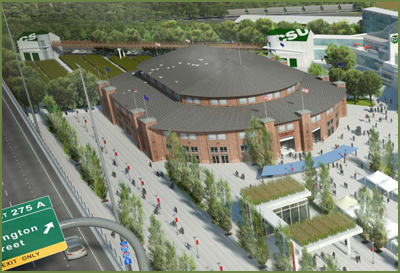 The National Western Center is 1 of 6 major redevelopment and infrastructure projects taking place in North Denver. These 6 improvement initiatives are part of Mayor Hancock’s North Denver Cornerstone Collaborative. These projects will have a significant impact on residential real estate values...

The Brighton Blvd improvement is part of Mayor Hancock’s, North Denver Cornerstone Collaborative (NDCC). This initiative is part of the Corridor of Opportunity that the mayor has identified that stretches from Union Station to DIA.

Brighton Blvd improvement project has been implemented to transform Brighton Blvd from an industrial thoroughfare into an inviting gateway to and from Downtown Denver.

The Rino or River North neighborhood of Denver is primed to undergo a significant metamorphosis over the next two to three years.  Three substantial public improvement projects combined with another massive mixed use development from the folks at Industry Denver will improve the landscape of the neighborhood significantly.

The North Denver Cornerstone Collaborative, an initiative through the Mayor’s office, has six redevelopment projects identified in a nearly 23-mile stretch connecting Union Station to Denver International Airport named the Corridor of Opportunity. Within the Corridor of Opportunity there are 3 redevelopment projects that will impact Rino directly; The RTD Station development at 38th and Blake, The Rino pedestrian bridge at 36th Street and the Brighton Blvd Corridor Redevelopment. Additionally, the inventors and pioneers of the “collaborative working ecosystem”, Jason Winkler, Ellen Winkler together with partner Sean Campbell, have announced Stride Denver...